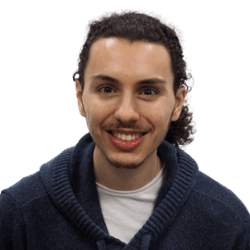 Alan Armero is an Embedded Electrical Engineer at IC2. Prior to joining IC2, Alan previously worked at multiple interesting and prestigious locations such as Intel and the Fraunhofer Institute for Laser Technology in Aachen, Germany. As an SSD Firmware Engineering Intern at Intel, Alan worked on the implementation and design of firmware for solid-state drives in enterprise settings. Mr. Armero is also an open-source contributor to the MaidSafe program developing cryptographic and networking code for the Safe Network.