Our third post in “A Guide to Wall Shear Stress Measurement” shows the benefits and possibilities in utilizing direct measurement techniques in contrast to Part 2 – Indirect Measurements.

Direct measurement approaches, as the name implies, actually measure the wall shear stress directly rather than inferring the value from another measured quantity. As a direct measurement, no prior knowledge of the flow is required and thus calibration can be performed outside of the actual environment and will hold under varying operating conditions. 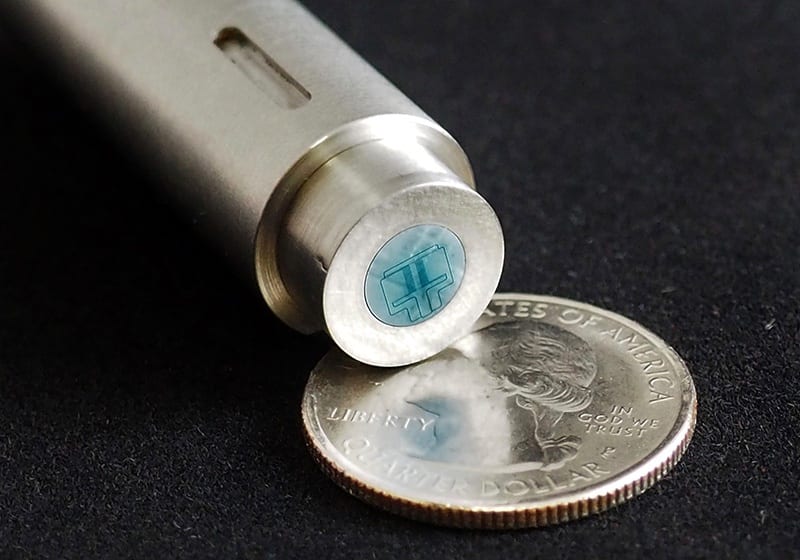 There are two main classes of direct measurements: film-based techniques and floating element sensors. Both classes share a similar goal – to convert (or transduce) a shear stress acting on a surface into a detectable quantity. Film-based techniques employ various types of flexible films (e.g., oil films, liquid crystals, and surface stress-sensitive polymers) that deform under an applied shear stress and produce an optically detectable change as a result. Alternatively, floating element sensors employ a mechanical structure designed to deflect under an applied shear stress and produce an electrical or optical output signal depending upon the transduction method used (e.g., piezoresistive, piezoelectric, capacitive, or optical).

The files generated by the cameras used to capture the data are generally too large in size for real-time processing and require extensive post-processing. This limits real-time measurements to slowly varying mean wall shear stress. The surface stress-sensitive polymers exhibit significant cross coupling between the in-plane and transverse deformations for shear and pressure loading. For all of these techniques, optical access limits the locations for which measurements may be made. 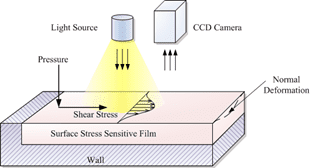 In contrast to film-based techniques, floating element sensors employ a mechanical structure designed to deflect under an applied shear stress. The wall shear stress is integrated over the area of a movable floating element and a transduction technique (e.g., piezoresistive, piezoelectric, capacitive, or optical) is applied to convert the mechanical motion of the sensor into an electrical or optical output.

Because this is a direct measurement of shear stress (the deflection induced by the wall shear stress is directly measured), accuracy is greatly improved, no prior knowledge of the flow is required, and calibration can be done external to the actual flow environment. Furthermore, these sensors can respond to both mean and fluctuating shear stress and provide directional information. As detailed below, the performance of the sensors is tailored via design and optimization to achieve specifications that fit the target application.

The mechanical structure of the sensor is typically comprised of a movable floating element (generally a flat plate-like arrangement) connected to a fixed base by flexible tethers (Figure 2). The tethers are compliant structures that provide a restoring force to the floating element. Together, the tethers and floating element form a mass-spring system. Through appropriate design of this system, the mechanical sensitivity and resonant frequency is tailored to meet targeted performance specifications. The various transduction mechanisms that are used with floating element sensors come with differing strengths and weaknesses, with some more suited for particular applications.

The IC2 DirectShear™ Measurement System is an example of a floating element sensor.

The next few sections of this guide will focus on floating element sensors with an emphasis on selecting the best transduction method for a specific application.