Capacitive transduction employs a variable-capacitance structure, whereby the capacitance is altered by a shear stress-induced deflection, either by changing the gap distance between plates or the overlap area. A differential capacitance scheme is often used in which two capacitors respond oppositely to an applied shear stress. Mass-produced accelerometers commonly employ this method (e.g., the ADXL line from Analog Devices) for accurate sensing in a small package, and it is now available for shear stress sensing. The earliest instances of capacitive shear stress sensors were developed by Schmidt et al. [35], employing a differential capacitance structure fabricated via surface micromachining. Measured performance agreed well with predictions, but the sensor suffered from sensitivity drift due to moisture-induced property variations of the polyimide coating. Pan et al. [36] and Hyman et al. [37] also developed a shear stress sensor using differential capacitance transduction; however, this sensor featured closed-loop force-feedback control. The design integrated sensing, actuation, and electronics onto a single chip and was able to achieve higher sensitivity via a folded tether design but required front-side wire bonds that disturb the flow.

More recently, researchers at the University of Florida [38], [39] employed interdigitated comb fingers along the floating element and the support structure to form variable gap capacitors. As the floating element mechanically deflects, the gaps of the capacitive comb fingers differentially change on either side of the floating element (Figure 1). These are integrated with through-silicon vias (TSVs) for backside electrical connections to provide a hydraulically smooth sensor surface, as shown in Figure 2. 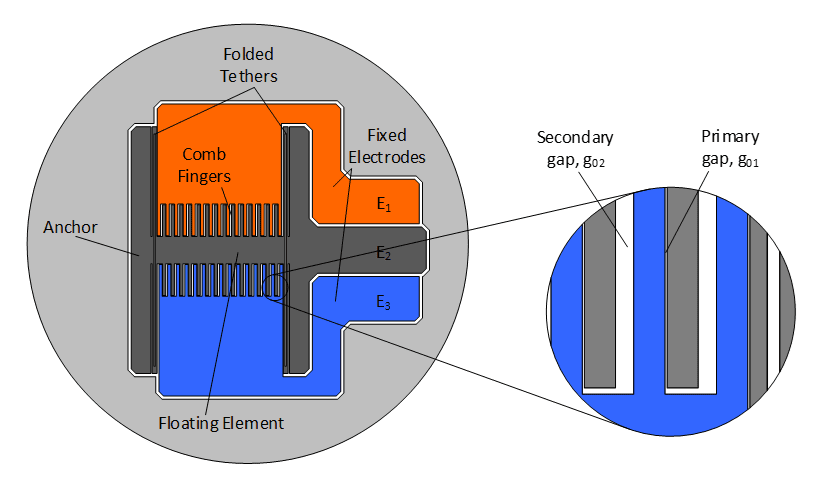 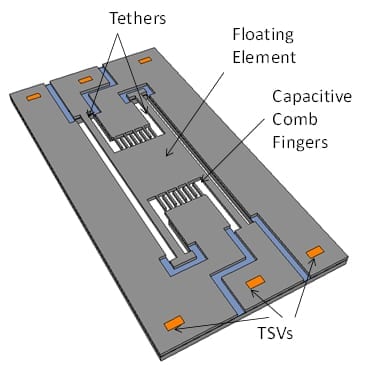 The upcoming Part 7 of this series discusses optical transduction and its use in IC2 products for making shear stress measurements in a high temperature environment.