DirectShear Sensors: The Latest Tool in the Quest for Greener Aircraft 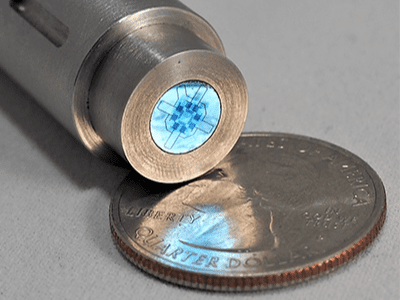 IC2’s DirectShear Sensors offer a breakthrough new tool for engineers and scientists to design cleaner, quieter aircraft. Every single day, the global commercial aircraft industry consumes 250 million gallons of fuel. Moreover, noise pollution from aircraft affects the quality of life for millions in the US and around the world (as of 2017, “72 percent of the current U.S. population of 319.4 million people lives within 20 miles of a primary airport.”).

As the global carbon footprint continues to increase and air travel contributes more each year, there is an ever-growing need for a reduction in fuel usage and emissions per flight. Engineers who are designing the next generation of aircraft have historically faced a significant challenge measuring wall shear stress, although it is a critical factor for improving fuel efficiency and reducing airframe noise. Wall shear stress relates directly to skin friction drag (fluid frictional force), which accounts for 20% to 40% of total vehicle drag (the aerodynamic force that opposes an aircraft’s motion). Airframe noise is a major component of overall aircraft noise, and its reduction is a realizable benefit of better wall shear stress measurements.

Prior to the release of IC2’s DirectShear sensors, wall shear stress was traditionally difficult to measure. Previous methods relied upon indirect approaches by measuring a different fluid property, such as heat transfer rate, and relating it back to shear stress empirically. That process usually requires making several assumptions and carefully controlling the environment, limiting the usefulness of these methods and the accuracy of the resulting data.

DirectShear sensors now offer a breakthrough alternative to the methods of the past. DirectShear provides a direct measurement of the wall shear stress, eliminating the limitations of the indirect methods and vastly improving the accuracy of the measured data, enabling engineers to better understand critical aerodynamic effects and design aircraft to fly more efficiently. IC2’s DirectShear sensors measure wall shear stress directly via MEMS capacitive or optical (for high temperature) methods, are flush-mountable, and are capable of both static and dynamic operation (with high bandwidths for turbulent flow measurements).